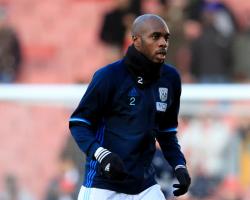 Baggies defender Nyom had travelled to Cameroon this week to speak to officials and will now return to England.

Nyom and Matip were two of seven players who told their country they did not want to take part in the tournament and they are now available for their clubs this month, although Matip has been battling an ankle injury.

Cameroon head coach Hugo Broos had previously suggested they could ask FIFA to suspend players from club matches during the tournament for refusing to play, but no action will be taken now they have been left out of the final squad

Nyom joined West Brom from Watford in the summer while Matip moved to Liverpool from Schalke.