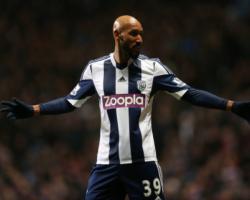 Three and easy for UnitedManchester United fans were given something to cheer about after David Moyes' men strolled to an easy 3-0 victory against West Brom.Moyes wrote to United supporters earlier this week thanking them for their patience during what he admitted was a far worse debut season than he ever expected.The 2-0 defeat at Olympiacos had deflated the confidence of the most optimistic United fans, but on Saturday morale was raised at The Hawthorns following this encouraging display.Phil Jones headed United ahead before Wayne Rooney scored his 13th of season after the break.United rarely looked in trouble and substitute Danny Welbeck rounded off the win which moved Moyes' team up to sixth in the Barclays Premier League.With Pepe Mel not having managed to win a match since his appointment, this was never going to be the hardest of United's fixtures this term.But United desperately needed a win following the Greek tragedy that unfolded before a shell-shocked Moyes nearly a fortnight ago.The only downside for United was that Robin van Persie was lucky to remain on the pitch for a sliding tackle on Steven Reid just three minutes after his first booking.The Dutchman looked dismayed when he was wisely replaced soon after.Despite their recent problems, West Brom started well.Victor Anichebe caused panic by charging down Jones' early attempted clearance, but Patrice Evra came to the rescue.The Nigerian charged at the United defence again, but Chris Smalling did just enough to push the striker wide.United started to take a hold of the game around the quarter-hour mark, with Juan Mata and Adnan Januzaj pinging dangerous crossed into the box.Januzaj, rested for that terrible performance in Greece, blotted his copybook by deliberately handling the ball as he raced into the box and he was cautioned.United ramped up the pressure

Chris Brunt mishit an attempted clearance from Marouane Fellaini's header and Youssouf Mulumbu cleared off the line.Januzaj earned a couple of yards on his marker with a sequence of step-overs and he found Rafael at the back post

The unmarked Brazilian headed towards goal but Foster tipped his effort on to the bar and West Brom cleared.The pressure looked to be getting to Moyes as he refused to give the ball back to the West Brom players following an argument with the fourth official.The United boss did eventually throw the ball back onto the pitch and two minutes later his side took the lead.Van Persie sent over a flat cross and Jones glanced a header beyond Foster following some slack marking by Liam Ridgewell.Claudio Yacob then hobbled off after Fellaini raked his studs down the player's thigh.Albion had a rare chance when Anichebe turned Jones in the box, but the former Everton man shot a foot wide.United were then almost gifted a second goal after a howler by Foster.Foster strolled a yard outside his box as he came to control a long ball over the top from Mata, but the goalkeeper missed the ball completely.The ball struck Foster's right arm but referee Jonathan Moss waved play on, much to the dismay of Moyes, who vented his fury towards the fourth official on the touch line.Van Persie was booked for a tackle from behind on Morgan Amalfitano seven minutes after the restart and three minutes later he cleaned out Reid with a sliding tackle.The Dutchman completely missed the ball, but this time it was Mel who was the annoyed manager on the touchline as Moss did not show a card to Van Persie.Zoltan Gera and Anichebe came close to equalising for the Baggies, but United doubled their lead through Rooney.The England striker laid the ball off to Mata and the Spaniard then played in Rafael, who crossed to Rooney and he nodded into the goal from close range.Moyes did not want to end the game with 10 men so he withdrew the disgruntled Van Persie, who shook his head when the board went up.Albion did not give up and Gera stung David de Gea's palms with a fierce half-volley.However, their hopes of a comeback were extinguished late on though when Welbeck picked up Rooney's pass and drifted past Jonas Olsson before lifting the ball past Foster