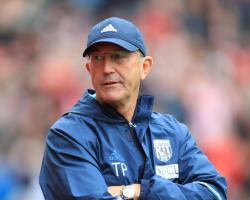 Aguero and Gundogan on song to end Guardiola's drought

Pep Guardiola was able to breathe a sigh of relief after the longest winless run of his managerial career ended with a 4-0 victory against West Brom at The Hawthorns.

A first success in seven matches was accompanied by another positive for the former Barcelona and Bayern Munich boss as Sergio Aguero shrugged off speculation regarding his future by ending his six-game goal drought with a first-half double.

After being dropped recently, including against Barcelona in the Champions League, reports had suggested Aguero may be set for a move away from City

However, Guardiola this week insisted the Argentina international remained part of his plans and the striker underlined his importance to the team with a terrific display.

Aguero also had a hand in IIkay Gundogan's goal, which sealed the win at a time when West Brom were threatening to get back into the game

Gundogan then grabbed his second goal of the match in the final minute, which was harsh on the hosts.

For Baggies boss Tony Pulis it was not the way he would have wanted to mark signing a new 12-month contract but there will be easier assignments than facing this slick City side.

It was end-to-end action during the early stages of the first half, before Guardiola's team eventually stamped their authority on the game.

Nacer Chadli steered a shot over the crossbar while Raheem Sterling worked home goalkeeper Ben Foster with a shot from the edge of the penalty area.

A lovely passing move resulted in City having the ball in the net after eight minutes but Nolito's effort was correctly ruled offside.

Nolito could count himself fortunate not to be sent off in the 15th minute after reacting to being fouled by Craig Dawson but referee Lee Mason felt a yellow card was sufficient.

Some superb last-ditch defending from Gareth McAuley denied Aguero a tap-in before Foster saved from Sterling again, this time pushing away a stinging volley

John Stones should have scored from the resulting corner but he put the ball wide at the far post.

City made the breakthrough after 19 minutes when Gundogan's through-ball found Aguero and he beat Foster with a powerful, low shot from a tight angle.

The visitors looked dangerous every time they attacked and Fernandinho was the next to test Foster before McAuley saved a certain goal for the second time, this time getting back on the line to keep out Nolito's clip over the goalkeeper.

Aguero moved the ball on to his right foot just outside the area and unleashed a thunderous shot which flew into the top corner of the net.

To say City took their foot off the gas thereafter may not give enough credit to West Brom, who were much improved in the second half.

Chris Brunt, making his first start since February after recovering from a serious knee injury, brought a comfortable save from Claudio Bravo with a free-kick in between two Salomon Rondon efforts which went wide.

Brunt then saw Bravo help another free-kick over the crossbar after 74 minutes as West Brom threatened to set up a grandstand finale.

However, any hope of a comeback was extinguished five minutes later when Aguero's pass flicked off McAuley and into the path of Gundogan, who slotted the ball past Foster from inside the box.

McAuley saw an effort hit a post before Kevin De Bruyne set up Gundogan to add a bit of a gloss to the scoreline and send City back to the top of the Premier League above Arsenal on goal difference.