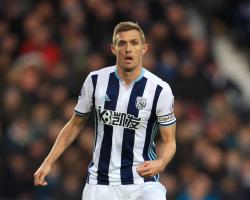 The 33-year-old, who was diagnosed with ulcerative colitis in 2011, has managed to maintain his career as a Premier League footballer after undergoing reconstructive bowel surgery in 2011.

Fletcher, who returned to football full time three years ago, is now an ambassador for the charity Crohn's and Colitis UK and that role means every day he can be in contact with up to 30 people referred to him by the charity.

"I'm pretty much in constant contact with between 20 or 30 people through text message and phone call and maybe their journey through operations and the different stages of it.," he told BBC Radio 5 Live Daily.

"Once people have a successful story, the contact fades and they're getting on with their life and I've probably helped them through the process.

I really enjoy that.

"They know who they're talking to..

and they find it quite bizarre, but after one phone call, they realise I'm not embarrassed by any subject.

"I'll talk about anything and I pretty much tell them my whole story and no embarrassment spared - and it seems to relax people.

"It doesn't matter if you're a Premiership footballer or what you are, illnesses don't pick and choose."