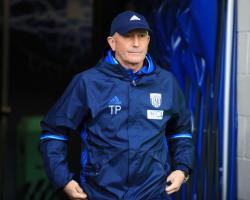 Albion go to Swansea for their final game on Sunday before Pulis flies to the Far East to sit down with owner Guochuan Lai, who bought the club last summer

He said: "The most important thing is going to China on Monday and having a meeting with the Chinese and Mr Lai and finding out exactly what they've got and their views going forward.

It will be a good couple of days hopefully

"We'll trawl through it

We've spent a lot of money on the recruitment side."

He added: "The results have been disappointing but apart from maybe one or two, I think the players have given everything and have been a little bit unfortunate not to get anything.

"We could still finish eighth with that win which would be an absolutely fantastic achievement for this club, the players, and everybody associated with the football side."