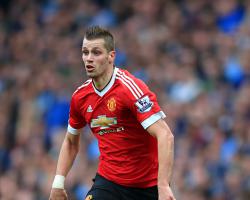 Schneiderlin completed a deal worth ÃÂ£24million from Manchester United this week after the Baggies made an ÃÂ£18million offer, while fellow target Jeff Schlupp is on the brink of joining Crystal Palace

"We missed out on Schneiderlin which was disappointing but I understand why," the manager told a press conference.

"We're trying to get a level of player that will improve us.

"He's gone to a club that have finished in the top seven for the last few years and play in front of 40,000 each week.

We've got people we'd like to bring in, whether we can is another matter

"It's a small pool we're fishing from

I don't want to get into a situation where there's a lot of players here and you don't know how good they are."

Albion had two bids rejected for Leicester wideman Schlupp in the summer but he is now close to moving to Crystal Palace.

The Eagles are in talks with Leicester over Schlupp with the Foxes' asking price understood to be ÃÂ£12million, but Press Association Sport understands the Baggies had doubts over paying the fee

"We'd love to do Schlupp, but the priority at the moment is one or two other positions," Pulis added

Berahino could also finally leave Albion this month, with his contract up at the end of the season and Stoke in talks with the Baggies over a transfer, but Pulis is in the dark over the specifics

"I haven't got a clue what will happen," Pulis said

It's not just Stoke - there's other clubs interested as well."

Jonny Evans is out of Albion's game at Spurs with a calf problem while the club are still waiting for confirmation from Cameroon over whether Allan Nyom can play after he was left out of their African Nations Cup squad.

"We're a little bit disappointed Jonny's not fit because we need our quality in the team, especially against the top teams," Pulis added.