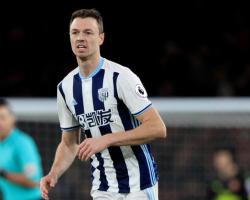 Midfielder Yacob is also ready to return after suspected appendicitis forced him to miss last weekend's 1-0 win over Stoke.

"Jonny will be fit for selection and Yac as well," said Pulis

We've got a couple of big decisions to make.

"Yac has been outstanding this year for us so to have them on board is good."

Pulis has maintained Albion must reach 40 points before targeting anything else and with the club four points shy he wants his side to maintain their form after five wins from their last nine league games.

He said: "The important thing is to go there and make sure we put a performance in

We've done very well so far, we just need to keep it going

"We've got to keep our feet on the ground and recognise why we've been successful and make sure we keep doing those basics well."

"Those players are priceless

Andy's only problem over the years is his injuries