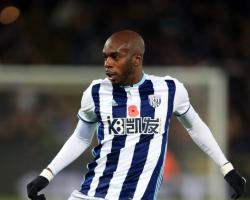 He said: "Allan went out to France and they picked their 23, Allan wasn't in that 23, so he came back

Hopefully he's available and up and running for tomorrow's game, if selected.

They've got the authority to do it.

There was a discussion about whether he should or shouldn't, obviously he's gone out there to be available and they've selected another player in his position.

"That's fantastic for us."

Blues boss Gianfranco Zola has ÃÂ£10million to spend in the January transfer window and a deal for Gardner, who played for Birmingham between 2010 and 2011, is being negotiated

Pulis added: "Birmingham have come in for Gards, I'm not that keen on losing Gards, he's a great professional

He's really good on the pitch and has done very well for me in the two years I've been here."